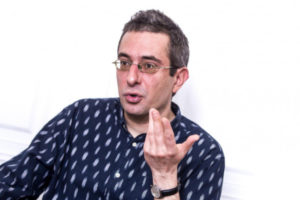 Zoltán Kulcsár-Szabó is currently Professor and Head of the Department of Comparative Literature and Cultural Studies at Eötvös Loránd University Budapest (ELTE). He received his PhD from ELTE in 1999. His main fields of research include theories of interpretation, lyric theory, deconstructive criticism, political theory, Hungarian and German literature of the 20th and 21st centuries. He is the author of nine monographs. His most recent book Szinonímiák (Budapest: Ráció, 2016) deals with diverse aspects of Heidegger’s thoughts on language and phenomena of culture and technology.